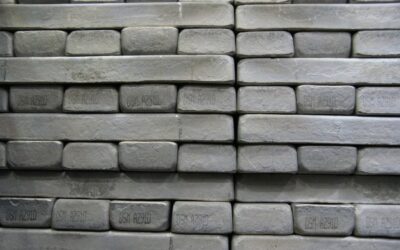 Tenova was awarded a contract by Latrobe Magnesium Limited (LMG), a company based in Australia. The scope of work is the engineering, supply, and supervision of the Magnesium Oxide (MgO) production plant at Latrobe Valley, Victoria, Australia, a demonstration plant using a world-first process of combined hydromet / thermal reduction.

As part of the first phase of the project, Tenova’s scope of supply will include a magnesium oxide (MgO) plant, with spray roaster technology, with a production capacity of 300 kg/h. The demonstration plant will initially have capacity of 1,000 tonnes of magnesium (Mg) metal per year, and in the second stage,

LMG intends to develop a commercial scale operation with an envisaged production capacity in the range of 10,000 to 40,000 tons per annum of magnesium metal. Thanks to its world-first patented hydrometallurgical extraction and thermal reduction process, the plant will harvest magnesium metal from a fly ash resource – a waste stream from brown coal power generation. The project is at the forefront of environmental sustainability as it converts nearly 100% of the resource into valuable commodities.

“It has the best strength-to-weight ratio of all common structural metals and is increasingly used in the manufacture of car parts, laptop computers, mobile phones and power tools. Currently, the Latrobe Valley contains 25 million tons inventory of fly ash, that is why it so important for us to have a reliable partner in this project”.

“Through many years of experience and continuous improvement of pyro hydrolysis process, Tenova is able to meet specific customer requirements. The positive and constructive cooperation with Latrobe during the development phase of the magnesium production facility was a decisive factor to now deepen this work in the course of realization.”, stated Gregor Kappacher, Branch Manager at Tenova Austria, the competence center for spray roaster technology.

“The project is of paramount importance for Tenova, because it opens positive future perspectives and is in line with our effort towards achieving a sustainable industry”.

The first magnesium is forecasted to be produced in 2023.