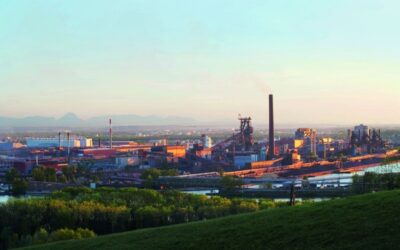 The first phase of the modernization of the complete control system of voestalpine Stahl's LD3 steelworks in Linz went into operation successfully (Source: Primetals Technologies)

In June 2022, voestalpine Stahl GmbH commissioned the first part of the complete modernization of the control system from Primetals Technologies at the LD3 steelworks in Linz, Austria. In the first phase, the control systems of the three converter lines were updated. Prior to commissioning, the new solution was successfully tested with a “digital twin” of the system.

The adoption of existing software libraries saves extensive function tests and avoids long shutdowns. Updating the entire control system is intended to improve investment security for the steel mill and the availability of process automation. The entire project will be completed in 16 phases by the end of 2022 and will involve more than 100 individual control systems.

The first phase of the modernization project covered the controls of the three converter lines and the higher-level converter area. Upgrading of the controls from the secondary metallurgy, slab treatment and dedusting units will follow in further phases to be completed by the end of 2022. Before a new control system goes into operation, a system test is carried out using a “digital twin”, which provides a digital test and simulation environment with all production system functions.

The update brings the aging control system up to date. The new process control system ensures the availability of electronic spare parts, improves the operational reliability of the controls and ensures long-term compatibility with the latest hardware and software. Throughout the project, detailed documentation ensures that existing TÜV certificates for the control system remain valid after the conversion