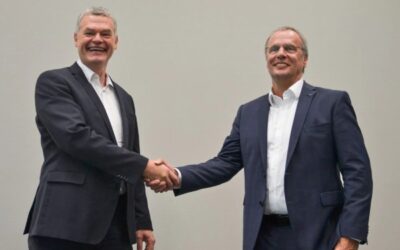 Trumpf and Cellforce have entered into a strategic partnership. “Our goal is to produce one of the most powerful battery cells in the world,” says Dr. Markus Gräf COO of Cellforce Group GmbH, a joint venture of Porsche AG and Customcells Holding GmbH. The battery manufacturer will use Trumpf lasers to produce so-called high-performance lithium-ion cells.

“We will bring our experience in the production of battery cells to this partnership. Cellforce should benefit from our new application solutions at an early stage and can test our latest laser technology,” says TRUMPF Laser Technology CEO Dr. Christian Schmitz.

Trumpf is already supplying laser systems to Cellforce for the production of the high-performance battery cells. These will be used in a pilot plant. “We want to raise the energy density, the performance as well as the fast-charging capability of the battery cell to a new level,” says Gräf. Cellforce’s production facility, which is being built near Reutlingen, is scheduled to go into operation in 2024 with an initial capacity of at least 100 MWh per year. That is equivalent to high-performance battery cells for around 1,000 vehicles.

“The laser is the decisive tool for efficient production of battery cells, without which e-mobility would be so impossible,” says Schmitz. There are currently more than 30 different laser applications in the production of the cells.

Trumpf has been involved in electromobility from the very beginning and works with all the major cell manufacturers. Last year alone, the high-tech company sold more than a thousand lasers that are used in the production of electric vehicles. In addition to the production of battery cells, automotive manufacturers and suppliers can use Trumpf lasers to serve other applications in the process chain, such as in the battery pack or in the electric motor.