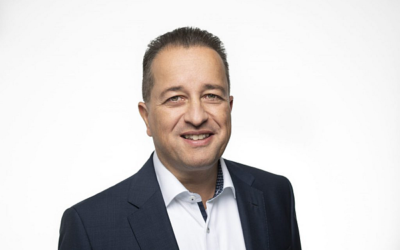 Stefan Borgas, CEO of RHI Magnesita: “Rajah Jayendran has proven that he is an excellent operations manager, holding the reputation of a reliable and accurate partner. His track record and experience make him the right choice to follow Gerd Schubert as COO. Gerd will withdraw from the Executive Management Team, but continue to work for RHI Magnesita, driving initial Projects until he takes his well-deserved retirement. I would like to thank Gerd for 30 years of passionate engagement on behalf of our company.”

Born in 1969, Rajah Jayendran is a German national who holds an engineering degree from the Ruhr-Universität Bochum. Mr Jayendran began his career in 1995 as a Senior Project Manager at multinational conglomerate Thyssen-Krupp Uhde GmbH. In 1999 he moved to Bayer MaterialScience AG, where he last held the position of Senior Vice President Site Operations in Shanghai, China. This was followed, in 2009, by a two-year stint as Executive Vice President Strategy and Business Development at ChemChina-Bluestar Group Co in Beijing, China.

Since 2018, Mr Jayendran has been a key team member at RHI Magnesita, holding the position of Senior Vice President Operations Europe/CIS/Turkey. Effective 1 October, he will replace Gerd Schubert in the company’s Executive Management Team as Chief Operations Officer (COO).