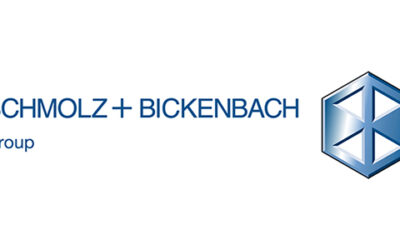 15.04.2020. Schmolz + Bickenbach, a global leader in special long steel, announced that the Board of Directors of the company has appointed Dr Markus Boening as Chief Financial Officer (CFO) and member of the Group Executive Board effective 1 October 2020 at the latest. The acting CFO Matthias Wellhausen had decided to leave the company in the course of 2020, after the successful refinancing.

Dr Markus Boening (born in 1967), German citizen, holds a PhD degree in economics from Ruhr-Universität Bochum, Germany. Dr Boening has more than 15 years of international experience as CFO in several manufacturing companies, including automotive supplies, steel and the pharmaceuticals. Most recently, he held this position at Tekfor Holding GmbH in Hausach/Eschborn (Germany) since 2018. Prior to that, his career as CFO led him to Aenova Holding GmbH in Starnberg (Germany, 2015 to 2017), AM/NS, LLC, Calvert (Alabama, USA, 2007 to 2014), and thyssenkrupp Budd Company in Troy (Michigan, USA, 2003 to 2007).

Since joining the Group in April 2015, the outgoing CFO Matthias Wellhausen has played a key role in the implementation of the Group’s strategy, in the development of the finance functions and in the financial management of the company. Under his overall leadership, the refinancing of the Schmolz + Bickenbach Group was also successfully completed during the recent crisis in the steel industry. Matthias Wellhausen had decided to leave the company in the course of 2020, after the successful refinancing and development of a restructuring plan. However, he is fully available to the company until year-end 2020 in order to ensure a seamless transition to his successor.

The Board of Directors and CEO Clemens Iller would like to thank Matthias for his great commitment to the company also in turbulent times and wish him all the best for the future.